Analysis of the Strategy against Car Exterior Design Copycat

1. Analysis of the JLR CASE

Figures: the comparison of the two cars

Evoque, the new car model of JLR was launched in December 2010 and premiered in Auto Guangzhou show.

It is quite clear that JLR demonstrated the car to the public before manufacturing and launching it in Chinese market and filing for the patent. So JLR hasn't filed for the patent until a year after the car was made public. The paten should be invalidated under the Patent Law of PRC, for the reason that the design is made public before and has lost origninality. The patent was, indeed, invalidated because of the reason mentioned. JLR claims that it still is the owner of the copyright of the design of Evoque even though the exterior design patent is invalidated. JLR asserts that Evoque has inherited the classical car features of Land Rover, and more than that, it has its unique features in exterior design. Its original features include tapering roof, floating roof, upward characteristic lines, clamshell hood and the contour of the car body. These five features are for the sake of aesthetics instead of functions, which make the exterior of Evoque original, artistic and aesthetic, in this light, the exterior of Evoque should be protected by the laws of PRC as a work of applied art. And the exterior of the car is a dimensional artistic work of aesthetics represented in certain lines, colours and ratios, so the car is also qualified as a fine art work defined in the Copyright Law of the PRC ( hereinafter referred to as the Copyright Law).

Based on these views, the court holds that, in the copyright infringement case, the evidence presented is not sufficient to prove that the five original exterior design elements of Evoque are for the sake of functions, the artistic expression of the bodylines, shape and colours of Evoque is separable from the practical functions, thus, the argument that it should not be subject to the protection of the Copyright Law because the practicality is not separable from the artistic characters does not apply here. However, on the other hand, in this case, though the bodylines, colours and the shape of the exterior of Evoque has to some extent embodied the designers' pursuit for aesthetics, in comparison with average car exteriors, these specific expressions are not enough to reach the minimum requirement of originality of the fine art works, the average public would regard it as an industrial product instead of an artistic work. Therefore, as a whole, the exterior of Evoque of JLR does not enjoy the artistic creation level required to be qualified as a fine art work, it does not have originality and is not a fine art work, neither a work of applied art.

Thus, the court rules that, the claim of JLR that the alleged behaviours of Jiangling and Dachang Landwind constitute an infringement against its copyright does not hold, and the court overrules this claim made by JLR.

JLR claims that Evoque has 5 unique decorative design elements, including:

contour of the car body

These design elements are part of the general and local exterior structural appearance of the car which have decorative purposes, they are structural decoration of commodities. With the promotion and marketing of JLR, the unique design of Evoque has the function of distinguishing the source of the commodities, and is sufficient to make the relative public to associate the unique decoration with the commodities and services of JLR, thus, these design elements are qualified as the "decoration with certain degree of influence" defined in The Law of the People’s Republic of China against Unfair Competition (hereinafter referred to as the Unfair Competition Law 2017).

JLR asserts that the Landwind X7 launched by Jiangling in 2014 has no substantial difference from Evoque in exterior vision, and contains all of the five unique decorative design elements of Evoque as mentioned above, which makes it easy for the relative public to confuse the two cars, causing massive damage to JLR. The behaviours manufacturing, promoting and selling Landwind X7 of Jiangling and the behaviours promoting, selling and demonstrating Landwind X7 of Dachang Landwind constitute unfair competition behaviour of unauthorized usage of the sings and logos which are same as or similar to JLR’s decoration with certain degree of influence, and above-mentioned behaviours also violate the integrity principle and business ethics they should comply with.

Therefore, the court held that, the alleged behaviors of Jiangling have violated article 6.1 of the Unfair Competition Law 2017, constitute the unfair competition behavior of unauthorized usage of the signs and logos which are same as or similar to the decoration of others' commodities with certain degree of influence, confuse the market and damage the legitimate interests and reputation of JLR. The court orders Jiangling to immediately stop the alleged unfair competition behaviours and supports all the lawsuit claims of JLR.

2.1 A solid right ownership is the precondition for IP right protection

2.2 In practice, to protect the IP right solely on the ground of unfair competition law is relatively risky.

Article 6 of the Unfair Competition Law provides that the operator shall not conduct the following confusing behaviours to make people mistake the commodities as others’ or mislead people to associate the commodities with others:

(1) Use without authorization the signs and logos which are same as or similar to the names, packages, decoration, etc. with certain degree of influence of others’ commodities;

(3) Use without authorization the main part of the domain names, the names of the websites, the web pages, etc. of others with certain degree of influence;

The core of this article is "confusing", namely, sufficient to mislead people to mistake one for another or to misjudge that the commodities are associative with the products of the owners of the rights. Though JLR has won the case, considering the preconditions of confusing and misleading, its wining is not universal.

In this case, though the two models resemble closely in exterior design, the price gap is three times, furthermore, the consumers mostly purchase cars in 4S stores, the whole purchase process will not make the consumers misjudge the source of the cars, namely, they would not be made to believe that Landwind X7 is a model manufactured or authorized by JLR. Therefore, though the two models resemble in exterior design, there will be different judgement in real trials as to whether the resemblance leads to “confusing” defined in the Unfair Competition Law.

In this light, to protect the exterior design of the car on the ground of unfair competition law is not enough.

The exterior of car is a key consideration for the consumers when purchasing a car. Thus, the car manufacturers attach great importance to the exterior design of the cars. During the past years, the popular models’ exterior designs of some manufacturers are imitated and copied, which seriously damage the IP rights and commercial interests of the relative companies.

The brand can file for the exterior design patent for the whole exterior appearance of the car or for each of the unique design elements. As the exterior design patent has the sole requirement of originality, any new design which hasn't occurred in the car industry is qualified for protection. Furthermore, if the design does not only have decorative purposes, but also have practical functions, the brand can file for utility model patent and even invention patent on top of the exterior design patent. The clamshell hood of Evoque is an example, as promoted by JLR, it has aesthetics and it also functions as the proof against water as traditional hood. Overlapping rights would give better protection to the design.

Noteworthy is that, the patent application should be filed before making the design public, otherwise, the patent would become existing technology because of the fact that it has been made public, and the patent might be invalidated even after being awarded. 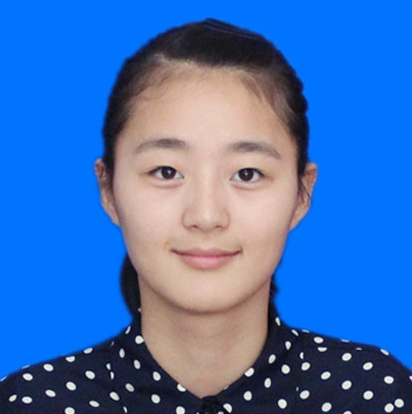